Words Matter explores – through the creation of a density map – the visual effect of the grand total of words, and unique word selections, received in a personal collection of 54 letters while living in London between 1996 and 1999.

My creative process involved re-typing the 54 letters I received, then systematically deconstructing the letters and postage stamps into data and finding new connections. Organising the information in a rational and systematic manner highlights their interrelated parts, thereby unpacking the layers involved in meaning-making.

Hand stamping the words in black ink with a typesetting office stamp on a roll of Fabriano Artistico, refers to moveable type printing presses, post office systems and cancellation marks. Each word is stamped in a line as many times as it occurs, creating a density map of words from most frequent to least frequent. The legend on the right displays the word frequencies.

In the 54 letters I received, a total amount of 14,208 words were written; of these 1,892 words were unique. The most frequent word in the English language is “the”; however, in the letters “I” (801) was the most frequent, followed by “the” (488) and “you” (423). For me this reinforces the conversational nature of letters and the personal aspect of their narratives; personal correspondences are about “I” and “you”. 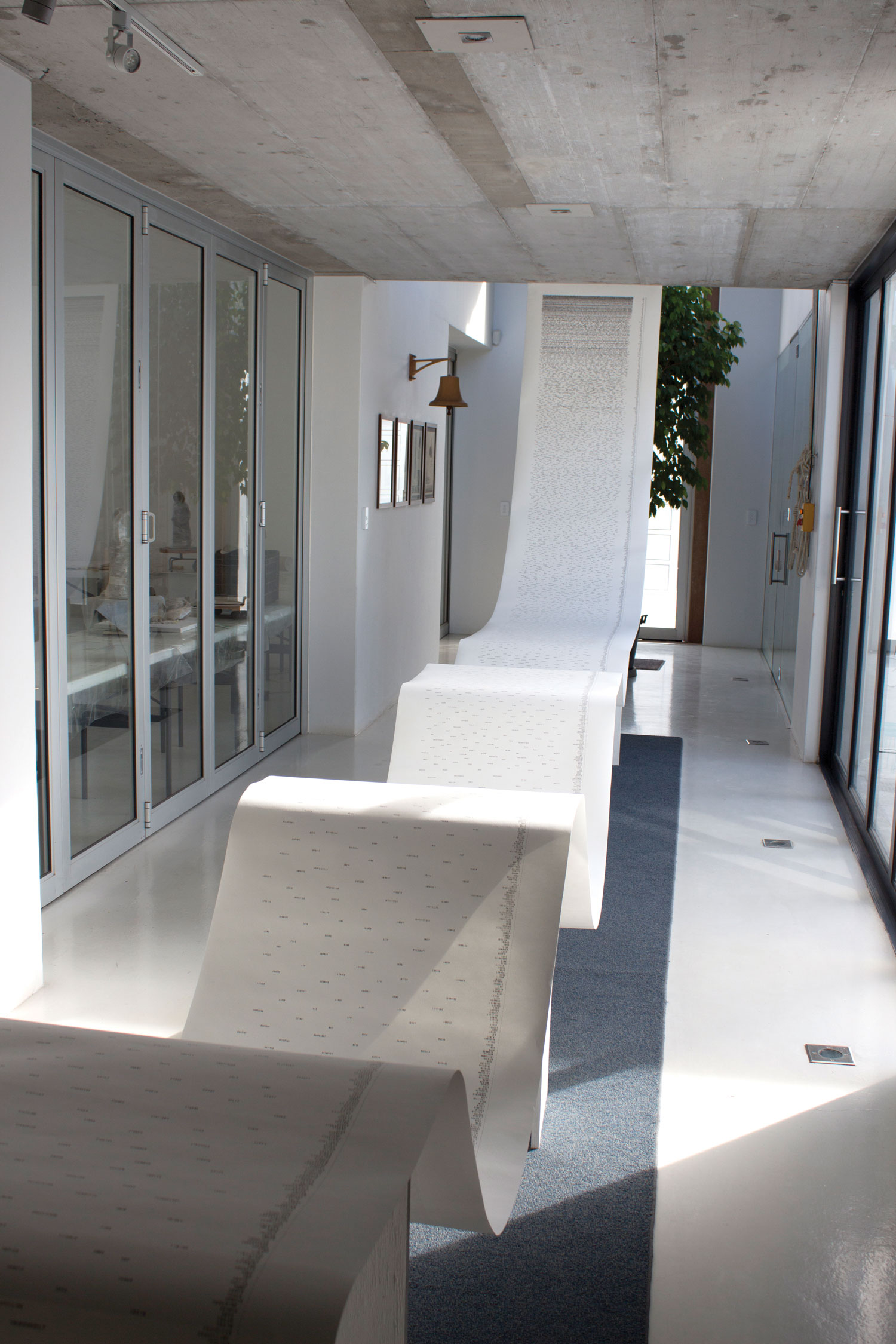 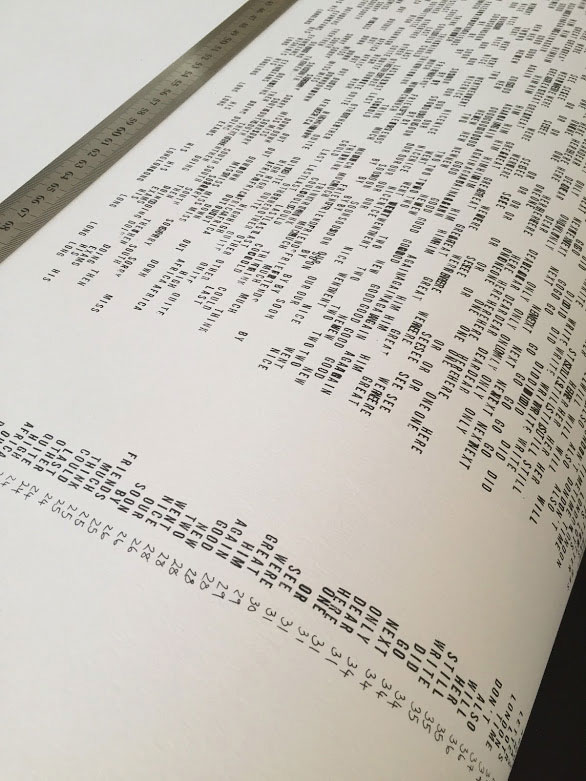 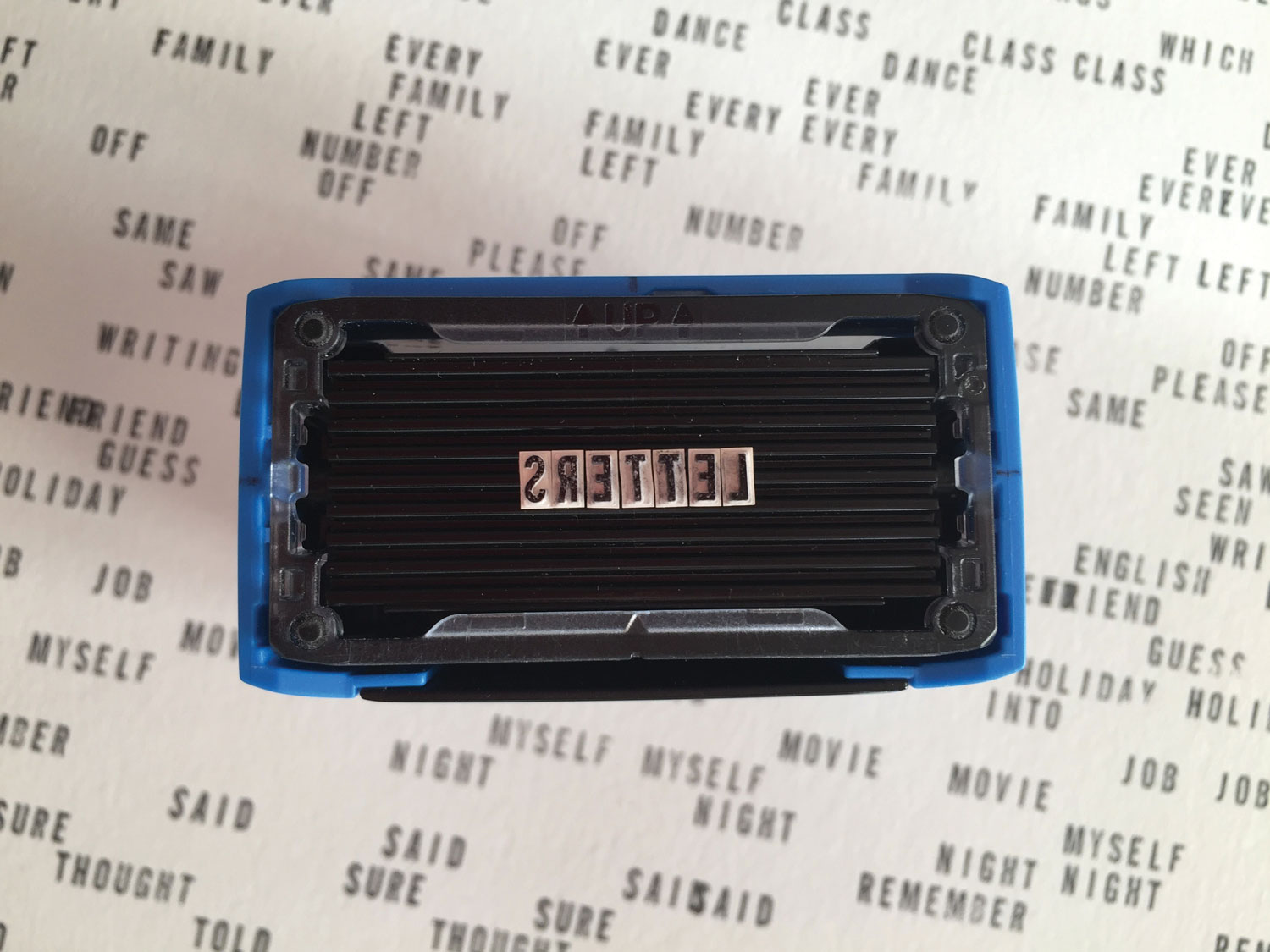